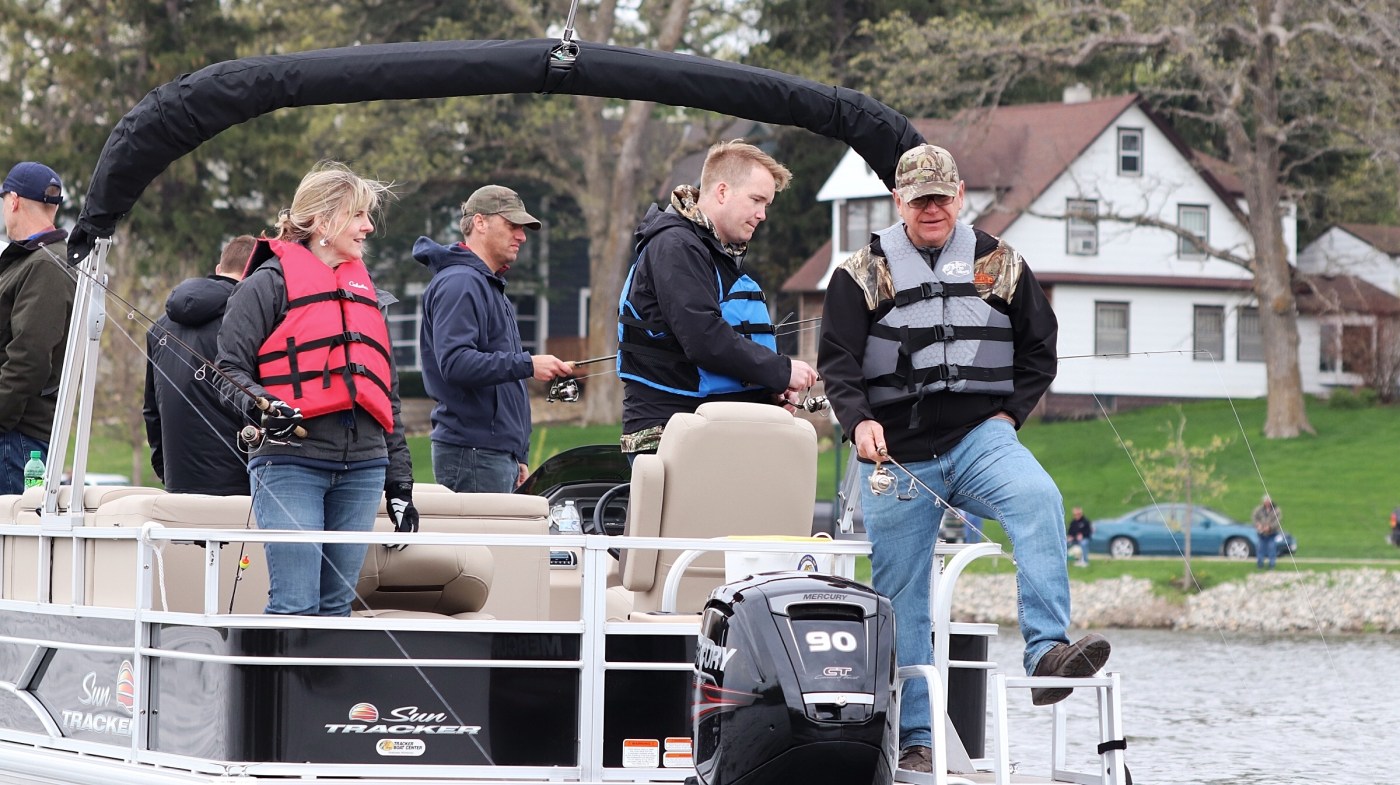 The Mankato and Madison Lake area will host the Governor’s 2023 Fishing Opener, marking just the fourth time the event has been in southern Minnesota during its 75-year history.

Gov. Tim Walz announced the location Monday at Bray Park on Madison Lake. The fishing opener is set for May 12-13 and will feature multiple lakes in the region.

Walz, a longtime Mankato resident before his time as governor, said it’s gratifying to announce the area will get to showcase its many fishing and recreational opportunities.

“I like to brag about this area; I make no bones about that,” he said. “I know it well. I know what it offers. I know it’s an incredible part of the state.”

The event will introduce visitors to all the area has to offer, he added. Walz thanked Visit Mankato, area businesses and other partners for stepping up to host.

“This will bring a lot of folks here, many who haven’t ever been down here,” he said. “And I think they’ll continue to come back.”

Either Walz or Republican challenger Scott Jensen will be governor in May 2023. Traditionally governors fish for walleye over opening weekend while promoting the host area.

It’ll be an honor to serve as the host area, said Jessica Beyer, Greater Mankato Growth’s president and CEO. The event is centered around fishing, a big industry on its own, but drawing people for fishing will support a host of other sectors as well.

Visitors will gas up their boats and vehicles, buy supplies at the local bait shop, stay at campgrounds or hotels, shop at local stores and eat at restaurants.

Bison and the falls at Minneopa State Park, the Sakatah bike trail and kayaking down the Minnesota River are all recreational draws for anglers when they’re not out fishing.

“I think this will be really a unique opportunity to highlight our region in a different way,” Beyer said. “Especially because it’s the 75th, I think it’s really special to have this coming to our region post-pandemic but also during an anniversary year.”

Southern Minnesota maybe didn’t get its fair share of hosting opportunities over the last seven decades, said Department of Natural Resources Commissioner Sarah Strommen, so the Mankato area getting it is exciting.

“One of the things we like to promote during the governor’s fishing opener is the diversity of fishing opportunities that we have all across the state of Minnesota,” she said. ” … There are more than 150 lakes in a 30-mile radius from here. I think most Minnesotans would be surprised to know that.”

In addition to the lakes, Strommen noted the Minnesota River has 80 species of fish and the area has the state’s largest cold water hatchery. Walz and Strommen called for more state investments in the program during their remarks Monday.

“It produces millions of fingerlings and fry that go all over the state of Minnesota, but are especially important to keeping our fisheries thriving here in southern Minnesota as well,” Strommen said.

For all the people who discovered Minnesota’s incredible access to outdoor activities like fishing during the pandemic, Walz said, an opener in the Mankato and Madison Lake area will show them the Land of 10,000 Lakes extends to southern Minnesota.