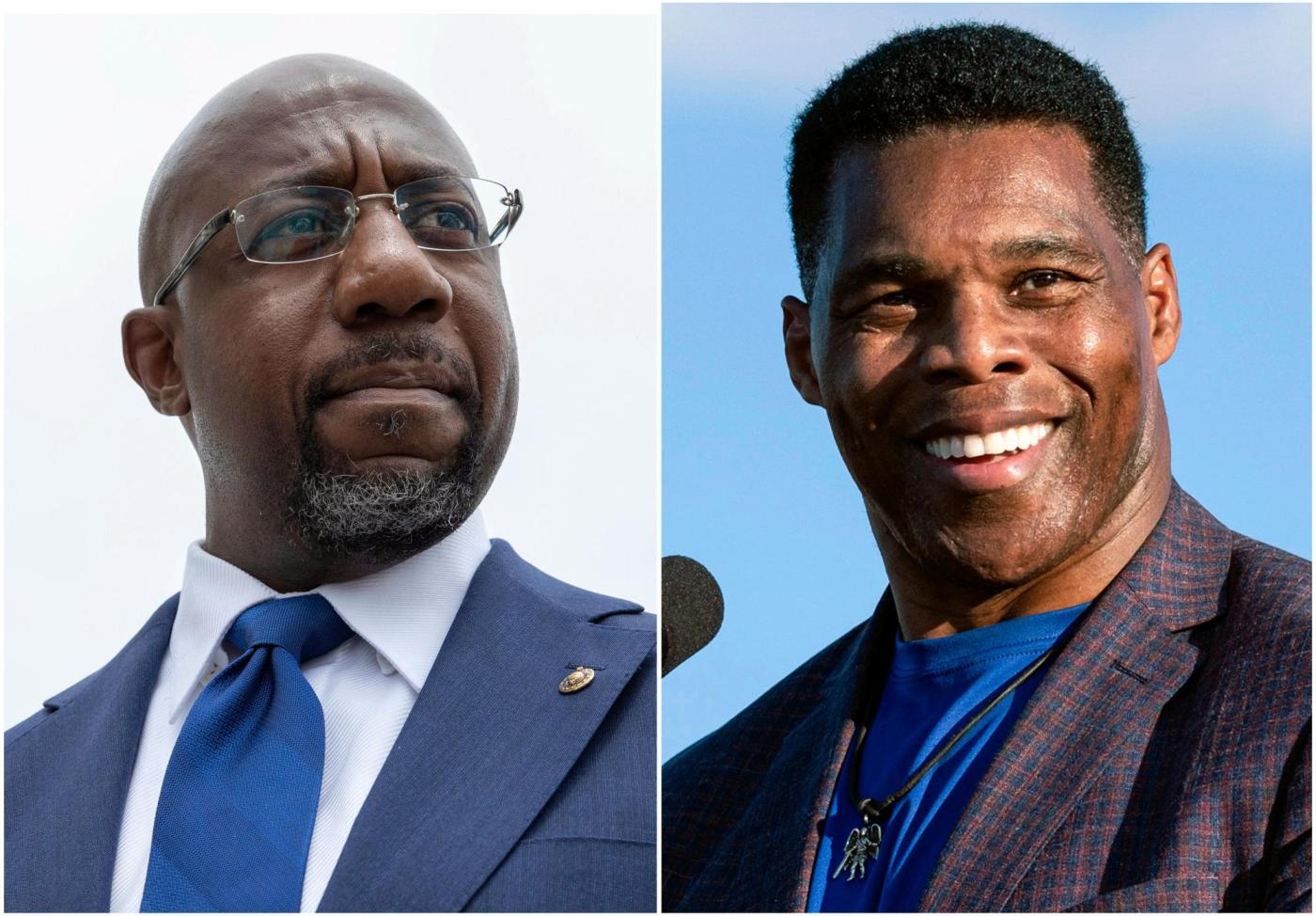 By BILL BARROW and JEFF AMY

With votes still being counted, Warnock was notching a strong performance in and around the Democratic stronghold of Atlanta, while Walker maintained his advantage in Republican-leaning rural areas.

Democrats are already assured a Senate majority, so the contest will determine whether the party has a 51-49 advantage or a 50-50 edge with Vice President Kamala Harris’ tiebreaking vote. Last year, runoff victories by Warnock and fellow Georgia Democrat Jon Ossoff gave Democrats control of the chamber for the first two years of President Joe Biden’s term.

In the November election, Warnock led Walker by about 37,000 votes out of almost 4 million but fell shy of a majority, triggering the second round of voting. About 1.9 million runoff votes already had been cast by mail and during early voting, an advantage for Democrats whose voters more commonly cast ballots this way. Republicans typically fare better on Election Day itself.

The state was on track for a robust Election Day, with state officials estimating the total number of votes cast to be roughly 1.4 million — slightly more than the November midterm and the 2020 election. But early and mail voting did not reach the same levels as years past, and it was likely the total number of votes cast would be less than the 2021 Senate runoff election.

Voting rights groups point to changes made by state lawmakers after the 2020 election that shortened the period for runoffs, from nine weeks to four, as a major reason for the decline in early and mail voting.

A Warnock victory would solidify Georgia’s status as a battleground heading into the 2024 presidential election. A win for Walker, however, could be an indication of Democratic weakness, especially given that Georgia Republicans swept every other statewide contest last month.

Walker awaited results Tuesday night at the College Football Hall of Fame in downtown Atlanta, while Warnock was at a hotel less than a mile away.

A 51-49 Democratic advantage in the Senate would mean that the party would no longer have to negotiate a power-sharing deal with Republicans and won’t have to rely on Harris to break as many tie votes.

Last month, Walker, 60, ran more than 200,000 votes behind Republican Gov. Brian Kemp after a campaign dogged by his meandering campaign speeches and by damaging allegations, including claims that he paid for two former girlfriends’ abortions — accusations that he denied.

Voting Tuesday in Atlanta, Tom Callaway praised the Republican Party’s strength in Georgia and said he’d supported Kemp in the opening round of voting. But he cast his ballot for Warnock because he didn’t think “Herschel Walker has the credentials to be a senator.”

“I didn’t believe he had a statement of what he really believed in or had a campaign that made sense,” Callaway said.

Warnock, whose 2021 victory was in a special election to serve out the remainder of GOP Sen. Johnny Isakson’s term, said he believed he had convinced enough voters, including independents and moderate Republicans, that he deserved a full term.

“They know this race is about competence and character,” Warnock said. Walker, too, predicted victory and likened the contest to his leading Georgia to the 1980 national championship: “I love winning championships.”

Total spending on the seat this cycle approached $400 million by Tuesday, a staggering figure even for such a populous state with an expensive major media market like Atlanta.

For months, the senator focused on his work in the Senate and his status as senior pastor of Atlanta’s Ebenezer Baptist Church. However, beginning with the closing stretch before the Nov. 8 general election, he added withering takedowns of Walker, using the football star’s rocky past to argue that the political newcomer was “not fit” for high office.

Walker countered by seeking to portray Warnock as too beholden to Biden. He even accused Warnock of “being on his knees, begging” at the White House, a searing charge for a Black challenger to level against a Black senator about his relationship with a white president.

A multimillionaire businessman, Walker has inflated his philanthropic activities and business achievements, including claiming that his company employed hundreds of people and grossed tens of millions of dollars in sales annually, even though records indicate he had eight employees and averaged about $1.5 million a year. He has suggested that he’s worked as a law enforcement officer and graduated college, though he has done neither.

Walker was also forced to acknowledge during the campaign that he had fathered three children out of wedlock whom he had never before spoken about publicly — in conflict with his yearslong criticism of absentee fathers and his calls for Black men, in particular, to play an active role in their kids’ lives.

His ex-wife said Walker once held a gun to her head and threatened to kill her. He has never denied those specifics and wrote of his violent tendencies in a 2008 memoir that attributed the behavior to mental illness.

Warnock promoted his Senate accomplishments, touting a provision he sponsored to cap insulin costs for Medicare patients. He hailed deals on infrastructure and maternal health care forged with Republican senators, mentioning those GOP colleagues more than he did Biden or other Washington Democrats.

After the general election, Biden, who has struggled with low approval ratings, promised to help Warnock in any way he could, even if it meant staying away from Georgia. Warnock campaigned instead with former President Barack Obama.

Wary of possible backlash, Walker avoided campaigning with Trump until the campaign’s final day, when the pair conducted a conference call Monday with supporters.

Walker’s candidacy was the GOP’s last chance to flip a Senate seat this year. Mehmet Oz of Pennsylvania, Blake Masters of Arizona, Adam Laxalt of Nevada and Don Bolduc of New Hampshire, all Trump loyalists, lost competitive Senate races that Republicans considered part of their path to a majority.

Associated Press writers Christina A. Cassidy and Ron Harris contributed to this report.