What we heard from the Cubs and White Sox, including Willson Contreras’ ‘experience that we will never forget’ – Twin Cities 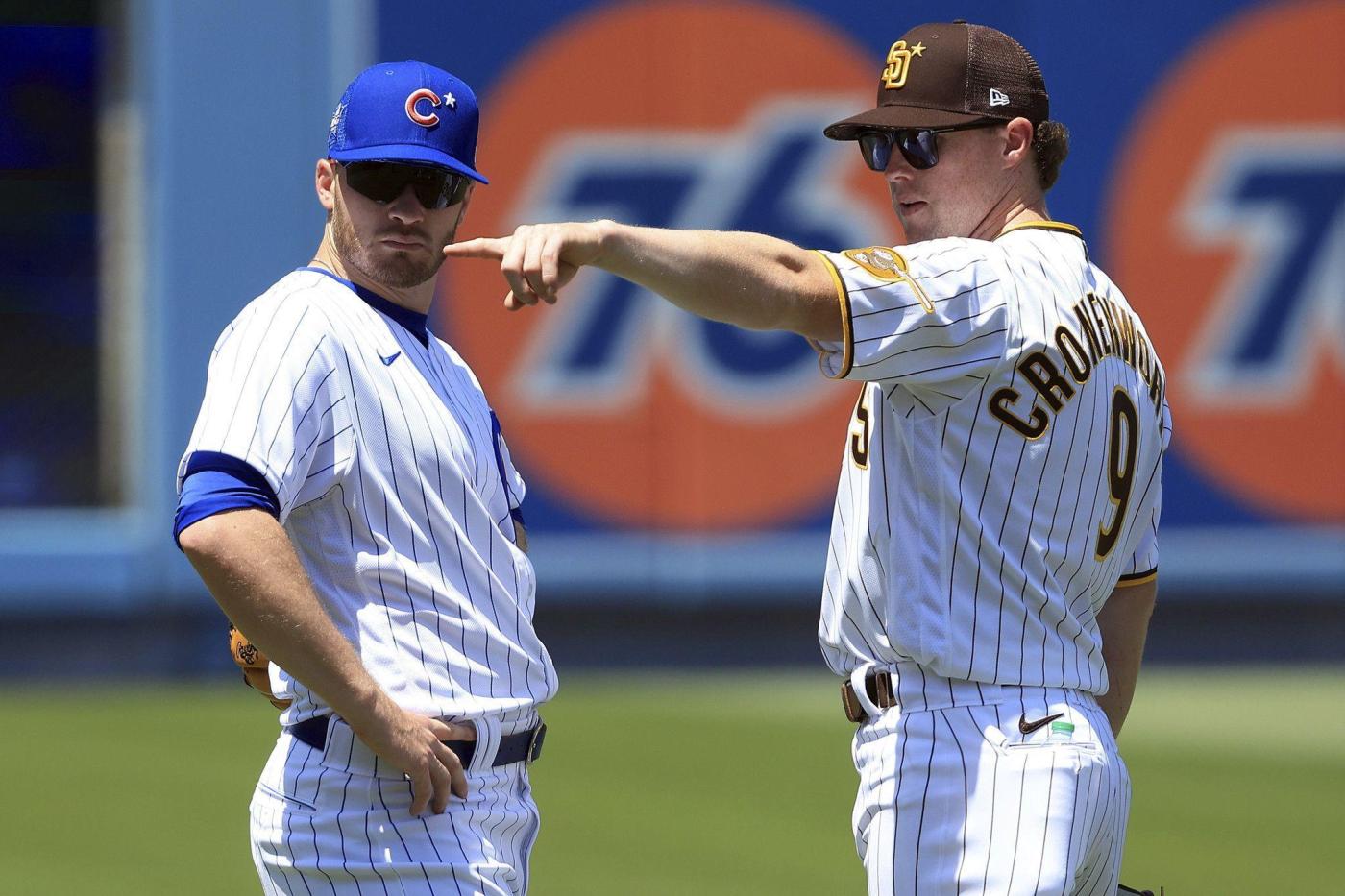 Willson and William Contreras sat back to back in booths Monday afternoon at Dodger Stadium’s Center Field Plaza, answering questions from reporters.

Tuesday, the brothers will be batting back to back in the All-Star Game.

Willson, the Chicago Cubs catcher, is sixth in the National League lineup. William, of the Atlanta Braves, is slotted seventh as the designated hitter.

“This is one in a lifetime,” Willson said on All-Star workout day. “This is one experience that we will never forget. This is amazing for me and my family. Real proud of what we’ve done together.

William didn’t know how the lineup stacked up until a reporter asked him about it.

“That was something we were talking (Sunday night) at dinner,” William said through an interpreter. “It’s really something happy for us to share.”

It’s the first time since Roberto and Sandy Alomar Jr. in 1992 that brothers will start an All-Star Game together.

“It’s going to be so cool for them,” Happ said. “Just seeing them in the clubhouse being able to say hello to each other. What a really special moment for those two to be able to put on the same All-Star jersey and share that field.”

Late in Monday’s media session, William walked over to his older brother’s booth and the two took questions.

“We saw each other last night and we hugged each other and said, ‘We finally did it,’” Willson said. “It was a dream come true. I’m really proud of my brother because I have shared a lot of experiences with him and he’s making the adjustments at the right time. That’s why I think he deserves to be in the All-Star Game.”

Tim Anderson is ‘enjoying the moment’ of his 1st All-Star start.

The White Sox shortstop doesn’t have a particular National League pitcher he’d like to face.

“It don’t matter,” Anderson said with a laugh. “I just want to get in the box.”

Voted the American League’s starting shortstop, Anderson is the No. 7 batter in the AL lineup. It’s his second All-Star Game and first start. He was on deck when the ninth inning ended last year in Denver. This year he’s in line for at least one plate appearance.

“It means a lot,” Anderson said of being a starter. “It hasn’t happened in 50-plus years in White Sox history (Luis Aparicio in 1970), so it’s definitely a blessing. It’s definitely a dream come true.

“I never imagined being a starter or even being at an All-Star Game. I’ll always be thankful.”

Anderson appreciated the support from fans.

“The class is deep,” Anderson said. “Shortstop is a hot position and for me to be able to start is crazy. I’m just having fun and enjoying the moment.”

While the Sox didn’t live up to expectations in the first half, they won five of their last six before the All-Star break. That included taking three of four against the first-place Minnesota Twins to get within three games in the AL Central standings.

“That was definitely huge to finish out that way against a good ballclub,” Anderson said. “You saw what they did to us when they came to our place (the Twins won two of three July 4-6). Hopefully we continue to keep playing that way and hopefully get back in this thing.”

Willson Contreras and Ian Happ talk about the future.

During last year’s All-Star Monday at Coors Field, Kris Bryant answered questions about his future with the Cubs.

Contreras, an impending free agent, was asked if it had gone through his mind that his third All-Star appearance might be his last as a Cub.

“The connection that I have to Chicago, the city, the organization, I put this jersey on every day,” he said. “Wrigley Field is a place you go to work and it’s pretty special.”

Asked what he learned from watching former teammates navigate through uncertainty, Happ said: “The thing I took away from it, as tough as it was to lose friends, those guys are still playing baseball and doing really well.

As for the present, Happ is having a great time sharing the All-Star experience with his family.

“You can’t put into words how awesome it is to get to share that with the family and with those people who have been there through everything,” he said. “They’ve been there through the great moments, when I played as a kid, all the travel and the struggles all the way through. So to be able to enjoy this together is really, really special.”

Liam Hendriks is thankful for a ‘stressful’ 24 hours.

The Sox closer found out Sunday morning that he had been added to the AL All-Star roster. A lot of planning quickly followed.

“Trying to figure out flights, figuring out my parents’ flights, trying to get the dogs to sitters and someone to take care of the cats,” Hendriks said. “My wife, who was in Chicago at the time, getting out here. Her flight was delayed, she booked another flight to make sure she got here on time.

He added with a laugh, “Other than that, it’s been fun.”

Hendriks was not needed in relief Sunday, as the Sox beat the Twins 11-0 at Target Field.

“So I didn’t have to worry about adding stress and pitching as well,” he said.

Hendriks said all the last-minute planning was well worth it.