When might Gunnar Henderson, DL Hall and Grayson Rodriguez join the Orioles? Mike Elias is weighing his options. – Twin Cities 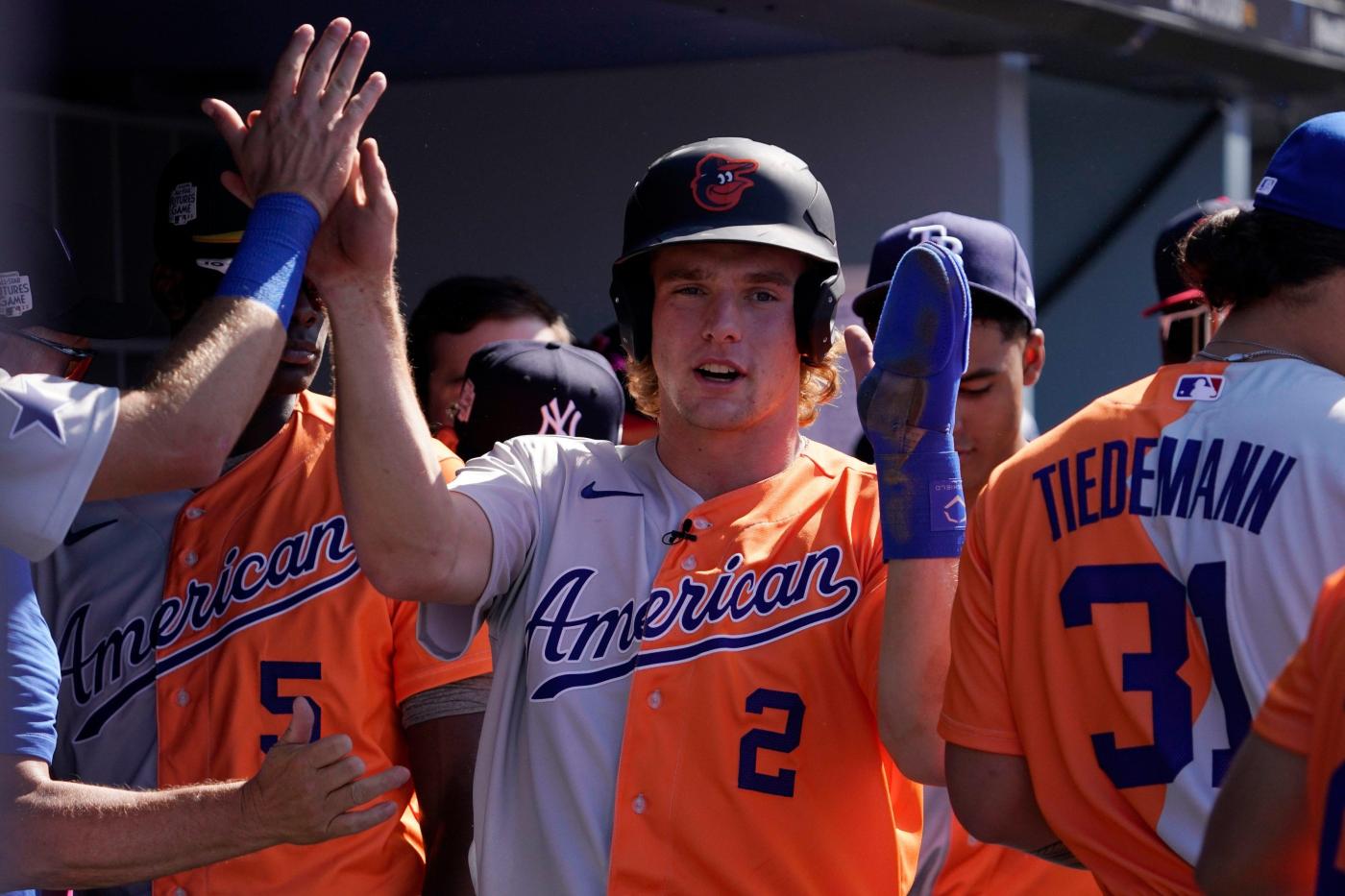 The Orioles got their first look at Trey Mancini in another uniform Friday night. It’s possible that when he wears it at Camden Yards about a month from now, he and the Houston Astros could face a Baltimore team stocked with its top prospects.

Executive vice president and general manager Mike Elias laid out that possibility Friday, offering assessments of where infielder Gunnar Henderson, right-hander Grayson Rodriguez and left-hander DL Hall fit in the club’s plans for the season’s final month. After Friday’s victory, the Orioles (66-59) are 2 1/2 games back of an American League wild-card spot.

Hall, Baltimore’s No. 4 prospect according to Baseball America, has already reached the majors, making a start against the Tampa Bay Rays earlier this month before the Orioles returned him to the minors to transition to relieving, though Elias said the club plans to prepare him as a starter at spring training next year.

Featuring a blazing repertoire but inconsistent command, Hall is coming off a 2021 season in which he threw only 31 2/3 innings before suffering a stress fracture in his pitching elbow, prompting the Orioles to be careful with his workload. When rosters expand by two Sept. 1, Elias said Hall will likely be the pitcher they promote.

“Things change, but that’s kind of the plan,” Elias said. “I think we’re looking forward to seeing what he can do out of the bullpen. … I just think it’ll be a really good way for him to get big league experience, but also, this is a ’pen that’s had a huge workload this year. They’ve been unbelievable. We traded our closer [All-Star Jorge López] at the deadline, and these guys are getting tired. Having a reinforcement of that type of talent, I think, will be nice.”

Elias said Henderson, a 21-year-old ranked as the game’s top prospect, is “certainly a candidate” to be the position player the Orioles promote next week, with the possibility he arrives soon. There was some thinking Henderson could join Baltimore this week, especially with the cutoff for him to retain rookie eligibility for next season passing, but although Elias said Henderson is “in a daily conversation for possibly coming and helping a team down a wild-card stretch,” he also noted there are aspects of his game that could be refined to ensure a promotion.

Henderson’s performance has dipped of late, and his strikeout rate has spiked from 18.3% with Double-A Bowie to 26.7% with Triple-A Norfolk. He’s improved in left-on-left matchups since the promotion, but his overall platoon splits are a cause for concern for an Orioles team that wants him to be an everyday player once he’s promoted.

“It’s kind of a tough thing to be too critical about with him because he’s doing so well at his age and being by far the youngest player in Triple-A and not starting the year in Triple-A, that I don’t want to nitpick aspects of his performance from that,” Elias said. “What he’s doing in Triple-A right now bodes very, very well for his future, but if you’re talking about calling him up, and his immediate ability to hit the ground running in a 2022 season, his strikeout rate in Triple-A’s a little bit high. His numbers righties versus lefties are not ideal for his long-term development. And he’s still learning some things out in the field.”

The Orioles recently deployed Henderson on the right side of the infield after he previously made all of his professional starts in the field on the left side. Henderson played two straight games at first base then four straight at second before returning to third and shortstop in his past two games.

“We want him, if he is called up, whether that’s this season, or maybe next year out of spring training, we want him to be as versatile as possible,” Elias said. “He’s a guy that can play shortstop, and he’s a guy that can really play third base. And obviously, I think his long-term career over the next 10 or 15 years, it’s going to be on the left side of the infield, but with the way that this team is presently composed, with us having a right-handed-hitting first baseman [in Ryan Mountcastle], there’s just a lot of things that in the very, very short term, I think would benefit him and us if he’s able to play a little bit on the right side of the infield, so we’re giving him that footage as quickly as possible.”

Elias also referenced the struggles No. 11 prospect Kyle Stowers initially had after his promotion, going hitless in 13 straight at-bats before hitting a game-tying home run in Thursday’s ninth inning. Terrin Vavra, another Elias acquisition who ranks as Baltimore’s No. 14 prospect, is 1-for-19 in his past nine games.

“It’s tough transitioning to the major leagues,” Elias said. “It’s hard to take your Triple-A performance and just assume you’re just gonna paper that over into the big leagues right away. So we’ll see where this goes with Gunnar, but we’re very, very proud of him and pleased with where he’s at.”

Rodriguez, the game’s top pitching prospect, continues to progress from the right lat muscle strain that disrupted his season on the verge of a call-up. He’s due to throw a sim game in the near future.

The next steps would be pitching in rehab games at lower affiliates to work his way back to Triple-A.

“At this point, I’m almost positive that we’re gonna see him in real game action before the season’s over,” Elias said. “We’ll get him back hopefully to the level at which he got injured, and we’ll just take it from there.”

3 keys to a Jets victory over Joe Burrow, Bengals in Week 3 – Twin Cities

Olivia Wilde & Florence Pugh had a 'blowout argument' in January 2021