‘When the time comes, I’ll be ready’ – Twin Cities 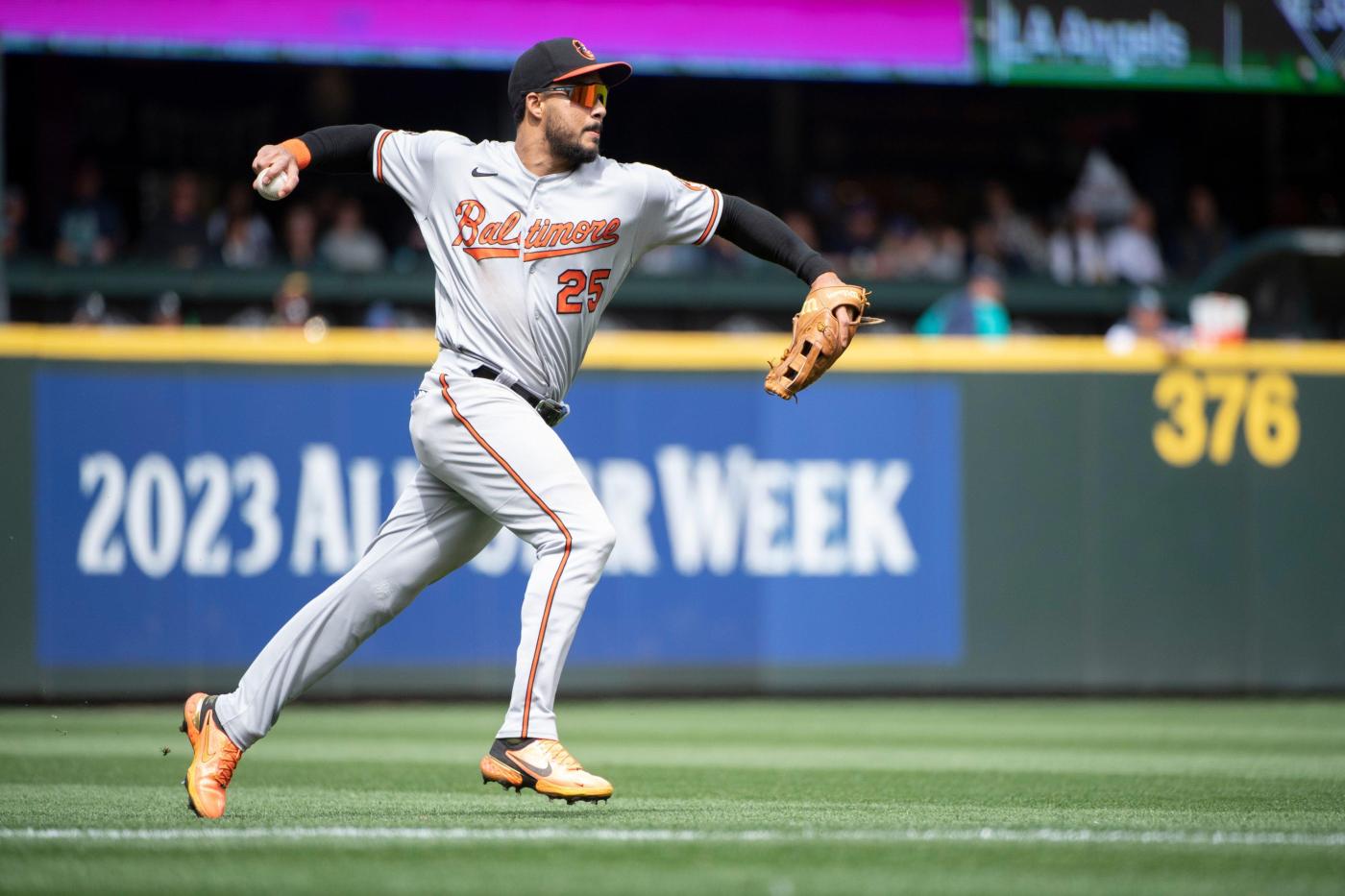 Before Anthony Santander grabs a bat and waits his turn for on-field batting practice before games, the Orioles outfielder makes his way to first base. He doesn’t have a glove other than what he uses in the outfield, so Santander borrows a first baseman’s mitt from Ryan Mountcastle, Trey Mancini or Tyler Nevin.

Then he takes grounders, occasionally practicing flip plays to an imaginary pitcher covering the base. Santander remembers most of the technique from his limited experience in the past, but assistant coach Jose Hernandez offers advice throughout — from the proper wrist position when fielding to how to sort out his feet on the bag.

Unlike the batting practice Santander will do soon after, the work he puts in at first base is with the future in mind. The Venezuelan prides himself on his defensive ability in either corner outfield spot. But in three, maybe four years, or maybe even sooner? Will a shift to first base be required?

Part of Santander’s value is his versatility. When asked why he wanted to be ready to play first base, Santander shrugged and said: “I’m a switch hitter.” He developed that ability as a 15-year-old who was convinced that the skill to swing from both sides of the plate would only increase major league teams’ interest in him as he embarked on his path to professional baseball.

Now that he’s here, he wants to go one step further: By adding an ability to play first base to his repertoire, he can slot into a lineup at four positions, including designated hitter. As the Aug. 2 trade deadline approaches, it might also be another attractive aspect for a contender. He’s a versatile slugger with two years of arbitration remaining before reaching becoming a free agent.

The business side isn’t on Santander’s mind, though. For now, he takes those grounders during batting practice as preparation for the future — wherever that might be.

“Wherever I can play more positions to be in the lineup every day, the better it is for me, and to help the team win at the end of the day,” Santander said. “But playing first base isn’t something that’s on my mind for this year, or even next year. Just something I want to get used to little by little. My main focus is playing in the outfield this year.”

Patrolling the infield isn’t entirely new to Santander, even if he needs to borrow a teammate’s glove to do it. When he played little league in Venezuela, Santander occasionally played across the diamond at third base. And when he arrived at the High-A affiliate of the Cleveland Guardians in 2016, Santander played nine games at first base on a trial basis.

He didn’t stick then. But as he gets older, he sees the ability to play first base as a benefit — a way to prolong his playing career — especially because Santander isn’t consider a future as a designated hitter.

“It’s not something I played a lot, but it’s something that I did every now and then,” Santander said. “The ability is still there and I’m just training it and getting back into the swing of things at first base.”

There isn’t a need for Santander to play first base for the Orioles. With Mountcastle expected to be a long-term piece in Baltimore and Mancini and Nevin in the mix as well, Santander’s current home will remain in the outfield unless trades necessitate a switch.

So, for the time being, Santander’s batting practice routine is merely preparation.

“Start taking ground balls now, it’s going to benefit in the future for me of my career,” Santander said. “Just add another ability, another tool, to my skill set.”