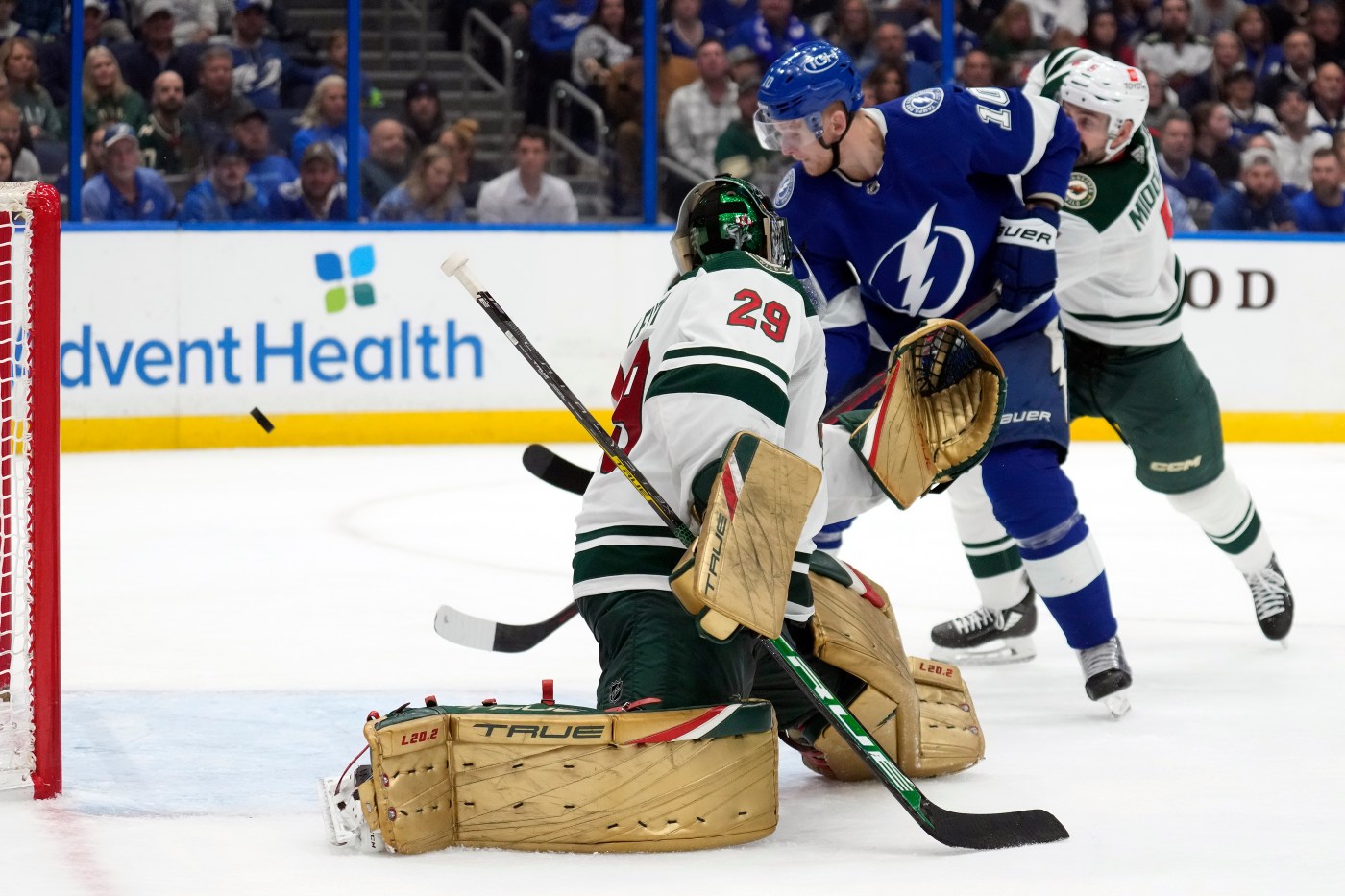 Stamkos extended his goal streak to four games and broke a 2-all tie when his close-in shot hit the post, deflected off Wild forward Ryan Hartman and slid past goalie Marc-Andre Fleury.

Before the game, the Lightning honored Stamkos for scoring his 500th NHL goal, a feat he accomplished as part of a hat trick in Tampa Bay’s 5-2 road win against the Vancouver Canucks last week.

Tampa Bay’s Corey Perry scored twice in the second period on deflections of shots by Ross Colton. Andrei Vasilevskiy finished with 35 saves and earned his 250th NHL win, all with the Lightning.

Tampa Bay ended a two-game slide and moved within one victory of matching the longest home winning streak in franchise history, set in 2019-20.

Eriksson Ek opened the scoring 3:43 into the second period with the Wild’s eighth short-handed goal of the season. He outraced everyone to a clearing pass by teammate Jake Middleton, deked Vasilevskiy and scored his 17th goal of the season.

Tampa Bay tied it at 9:44 on Perry’s seventh goal.

Kaprizov scored his team-high 27th of the season at 11:42 to put Minnesota ahead 2-1, but Perry’s power-play deflection past Fleury at 18:05 evened the score again.

The Wild had the best chance in a scoreless first period, but Vasilevskiy stopped Hartman on a 2-on-1 break with 40 seconds remaining.