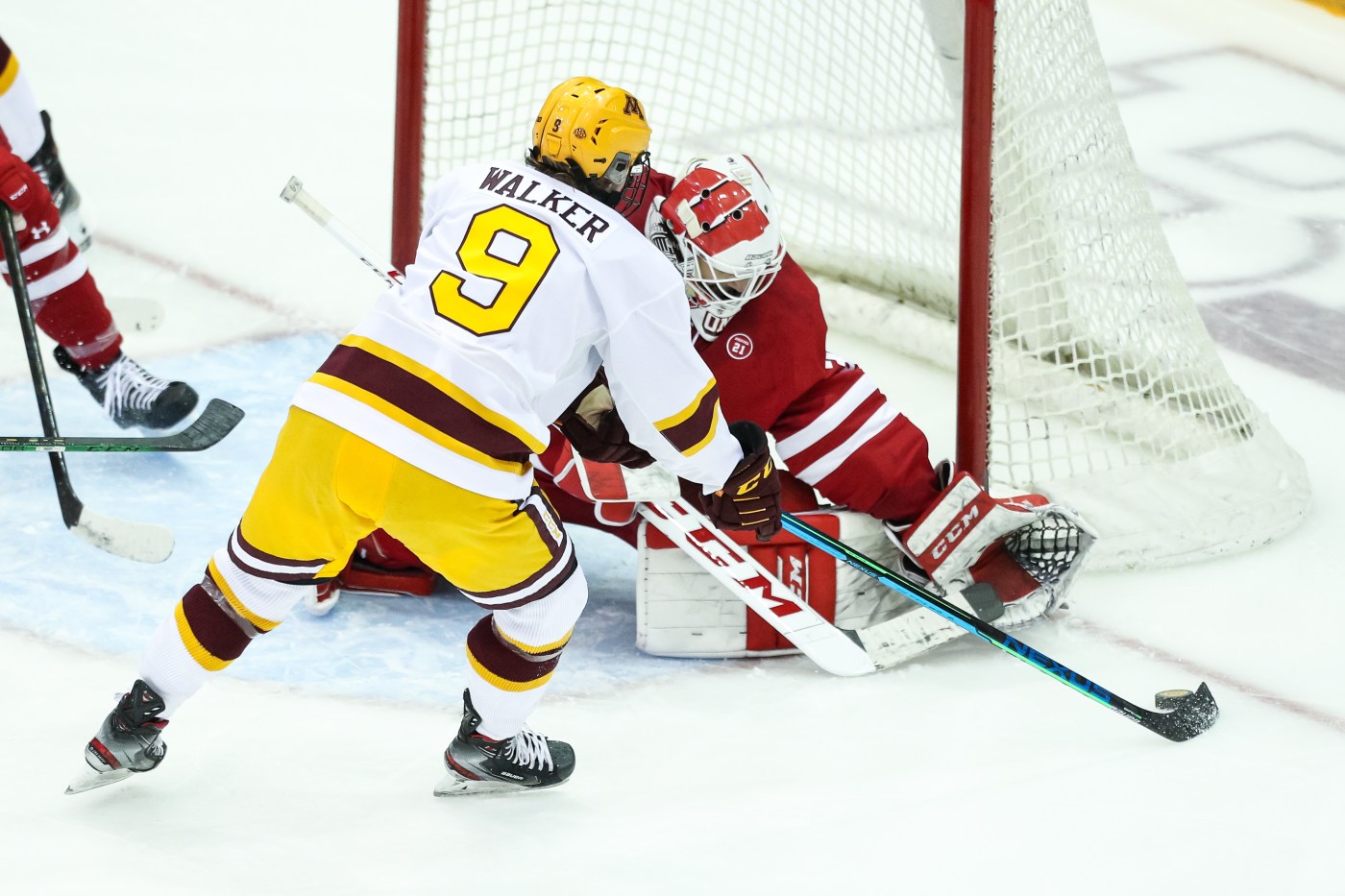 Edina native Sammy Walker has never truly known life outside of Minnesota and now he doesn’t have to anytime soon.

After deciding not to sign with the Tampa Bay Lightning, the team that selected him in the 2017 NHL Draft, Walker officially started his professional career Thursday by signing an entry-level contract with his homestate Wild.

It’s the next step for the 23-year-old center, who spent the past four years playing for the Gophers, finishing his career as the only three-year captain in the history of the men’s hockey program.

“I’m super pumped to be able to sign with the hometown team,” Walker said. “I’m excited to get everything started.”

This is a full-circle moment for Walker. Like most kids growing up in Minnesota in the mid-2010’s, Walker idolized former Wild star Zach Parise. He said he liked how hard Parise played the game, and tried to bring that same type of effort every time he stepped onto the ice.

It paid off in a big way as Walker developed into a standout player and was named 2018 Minnesota Mr. Hockey after posting 28 goals and 30 assists as a senior at Edina High School. He decided to take his talents to the University of Minnesota after that.

It wasn’t long before Walker started to make a name for himself with the Gophers. He used his speed to his advantage and had the skill to convert his scoring chances in close.

While he technically had an extra season of eligibility due to COVID, Walker decided he was ready to take the next step.

“Obviously my time with the Gophers was unbelievable,” he said. “Just personally I felt like this was the best thing for me and my career.”

Asked why he didn’t sign with the Lightning despite their immense success, Walker said it didn’t feel like the perfect fit for him. Perhaps he also saw a better pathway to the NHL with the Wild lacking depth up the middle.

Not that he’s getting too far ahead of himself.

“I couldn’t be more excited to sign with the Wild and get things started,” said Walker, who will likely start the 2022-23 season with the Iowa Wild of the American Hockey League. “Ultimately, it’s about getting started and trying to use my speed and showcase my skill.”