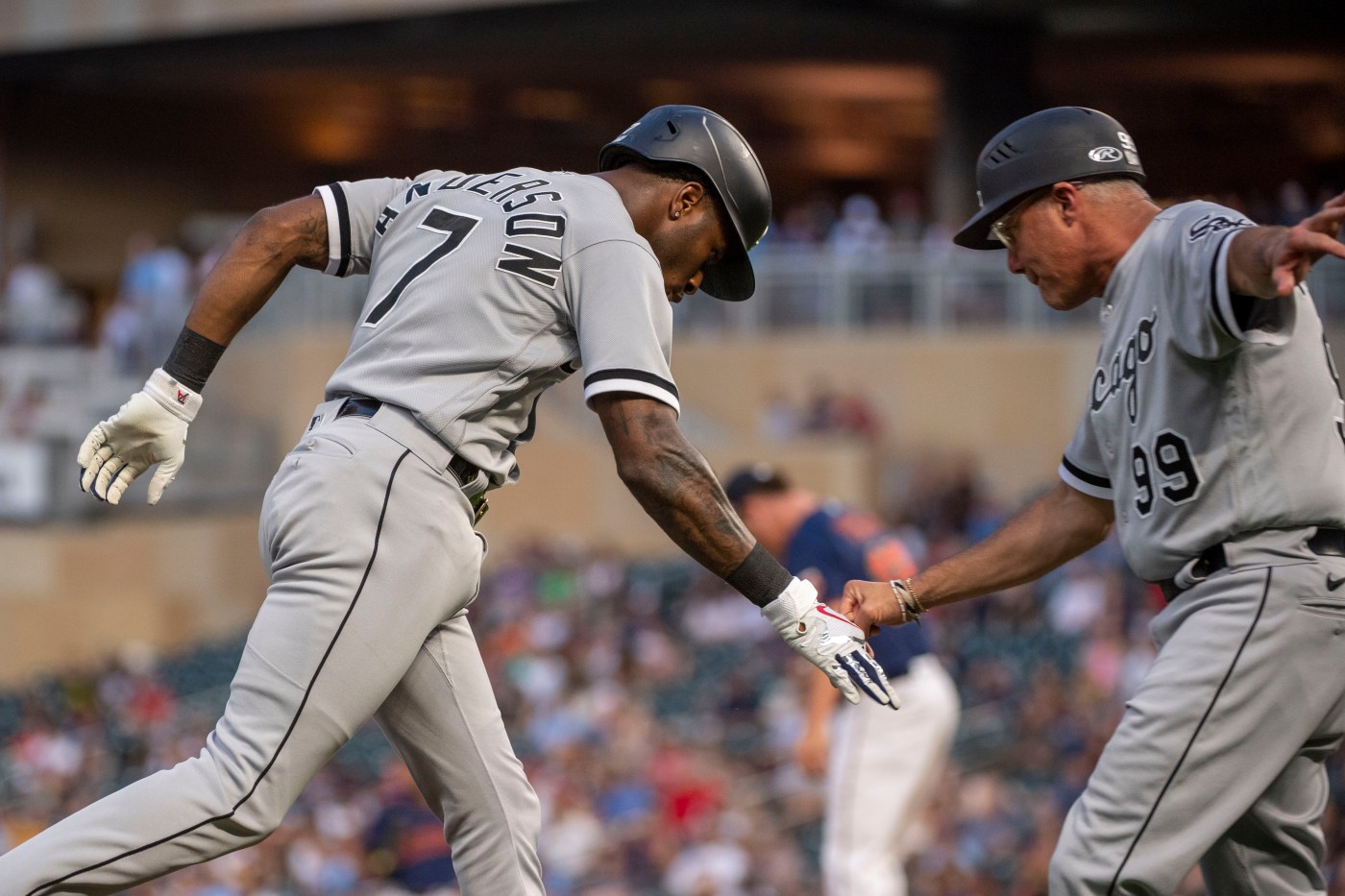 With the all-star break on the near horizon, this was a big division series for the Twins and Chicago White Sox, four games that could launch a team into the unofficial second half of the season on a high.

With the Twins leading the American League Central for nearly the entire season so far, it was a little bigger for the White Sox, and the defending division champ is playing like it.

Chicago starter Mike Kopech battled through five difficult innings, and Tim Anderson and Adam Engel hit home runs off Twins relievers Emilio Pagan and Griffin Jax as the White Sox beat the Twins, 6-2, to pull within three games of the division leaders in front of an announced Pride Night crowd of 27,021.

Kopech and Twins starter Devin Smeltzer each surrendered a pair of runs in the first inning. Smeltzer was tagged for five hits and walked two before being pulled after just three, despite scoreless second and third innings.

“Some days you battle and things go your way,” Smeltzer said. “I would have liked to go another few (innings) there. I was pretty blindsided by that.”

Kopech (3-6) gutted out five innings on 89 pitches and earned the victory. Liam Hendriks pitched the ninth for his 19th save in 22 opportunities.

Pagan (3-4) relieved Smeltzer in the fourth and struck out the first two batters he faced before Anderson sent a drive into the bullpen in left center, just out of the reach of a leaping Nick Gordon, for a 3-2 lead. It was the eighth home run allowed by Pagan, who still leads the Twins with nine saves, in 31⅔ innings.

“Performance considerations factor into everything that we do, but our guys were lined up to get outs today,” Twins manager Rocco Baldelli said. “We had chances to get through these innings, too. The innings that we didn’t get through, a couple home runs, they don’t help. But the Jax inning, one pitch and the inning changes very quickly. It didn’t go our way. It really didn’t.”

After losing six of eight games to end June 5½ games out of first, the White Sox used a team meeting to focus on going into the all-star break on a roll. Since then, Chicago is 10-6 and has won four straight. And while still in third place behind Cleveland, the White Sox have pulled 2½ games closer to the division-leading Twins.

Cleveland, a 6-5 winner against Detroit on Friday, is 2½ games back.

Kopech allowed five baserunners in the second, third and fourth before registering his first 1-2-3 inning in the fifth. He was charged with two runs on five hits and four walks and struck out two.

Tyler Duffey and Caleb Thielbar combined to throw 2⅓ scoreless innings before manager Rocco Baldelli turned to Jax with one out in the seventh. Anderson reached on a grounder that ate up Luis Arraez at first and Yoan Moncada followed with a walk before Engel — who entered the game as a defensive replacement for Luis Robert (light-headedness) — sent a 3-2 pitch into the left-field bleachers for a 6-2 lead.

The Twins have lost six of eight games.

The White Sox jumped on Smeltzer quickly, loading the bases on a one-out single by Moncada and consecutive walks from Robert and Jose Abreu. Andrew Vaughn followed with a single to left that scored two.

The Twins got the runs back in their half. After Arraez lined out to start the inning, Carlos Correa reached on a single and went to second on an error by Robert. Byron Buxton singled on a ground ball to deep short, and after a popout by Max Kepler, Jorge Polanco walked to load the bases.

Alex Kirilloff then drilled a single off the right-field wall to tie the game at 2-2.

But that was it for the Twins, who went down quietly after the fourth inning. In Thursday night’s 12-2 loss, Minnesota went 1 for 10 with runners in scoring position and stranded 10 base runners. On Friday, they just stopped getting on base.

After putting nine on base through four innings, the Twins went down in order in the fifth, sixth and seventh. Buxton and Polanco hit one-out singles in the eighth off Kendall Graveman, but Kirilloff grounded into a shift that Anderson turned into an easy 6-3 double play to end the inning.

The Twins struck out only four times but had six pop-outs to infielders.

“We’re having the at-bats we want and we’re just not getting the results right now,” Baldelli said. “You’re going to go through stretches like that. It’s not easy. It doesn’t make it easy to watch for us in the dugout. It doesn’t make it easy to watch from home. It’s not an easy thing to watch. But overall, we got a ton of guys on base against some really good pitching we’re facing, and we’re going to break through. I know we will.”

Chris Perkins, Dolphins Columnist The Dolphins answered the call in a big way and now…