With Baltimore’s Angelos family in legal battle, the prospect of an Orioles sale or move looms larger – Twin Cities 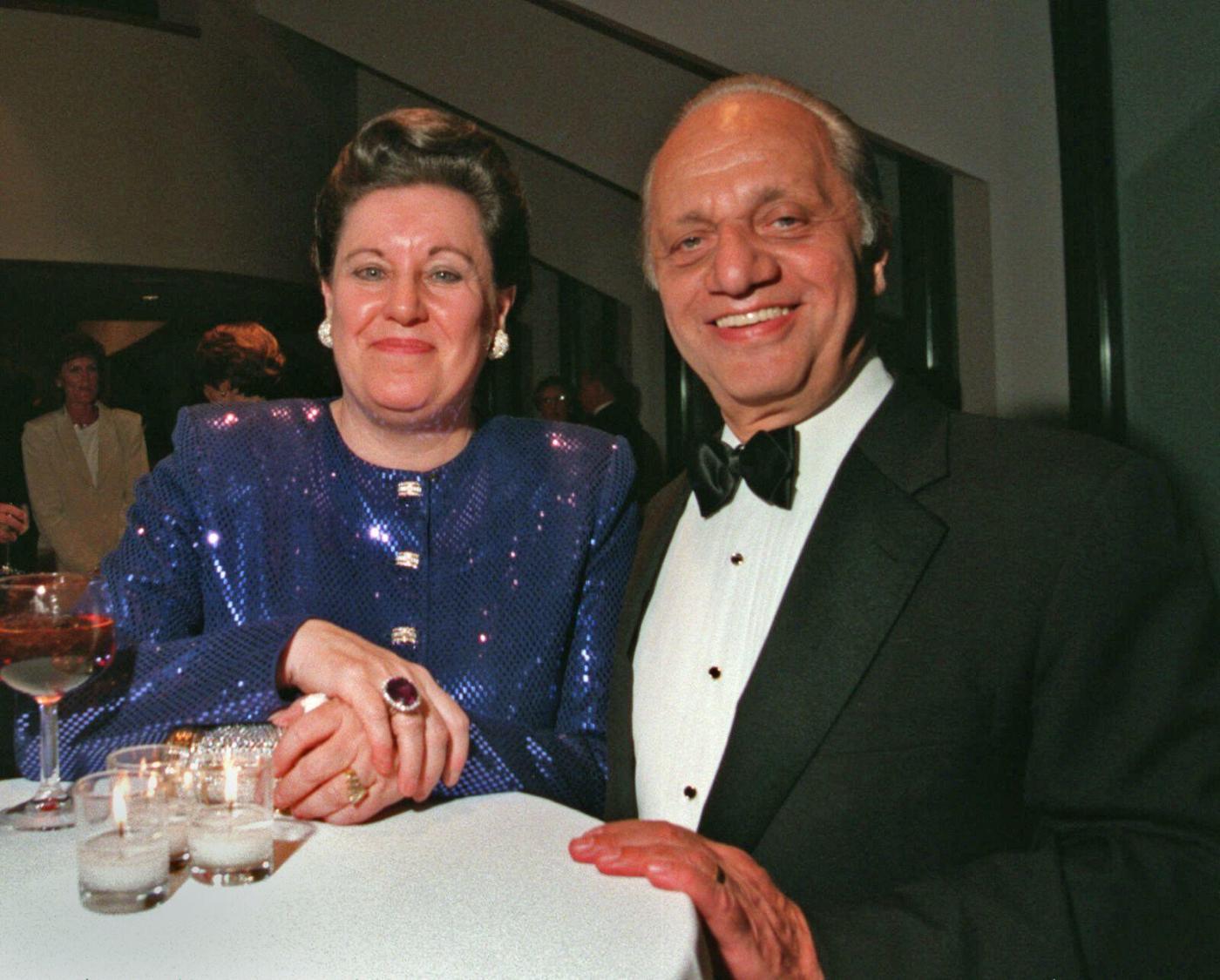 In a divorce, the question is often: What about the children? When a privately simmering fight between the sons of Orioles owner Peter Angelos erupted publicly this week, it was: What about the Birds?

Periodic rumors that the team, beleaguered on the field yet beloved by generations of Baltimoreans, could be sold or moved out of town gained greater currency with the lawsuit filed Thursday by Louis Angelos against his brother, accusing John Angelos of trying to seize control of the team and the rest of their father’s considerable holdings. The suit also named their mother, Georgia Angelos, as a defendant.

The case — coming just as the Orioles and Camden Yards prepared to host Paul McCartney for a widely anticipated concert Sunday — publicly disclosed not just that the brothers were feuding, but that some family members indeed intended to sell the team.

“If a family is not getting along, it’s easier to divide up cash than the responsibility of running a baseball team,” observed David Nevins, a longtime Baltimore–area marketing executive and former president of a Comcast regional sports network. “It seems more likely a sale will be in the offing.”

Nevins, who knows the Angelos family but said he has no inside knowledge of the troubles that led to the lawsuit, said he is taking John Angelos at his word when he likened the Orioles’ deep roots in town to that of Fort McHenry in a 2019 pledge to keep the team here.

But, Nevins added, the fact that the team’s lease on Camden Yards expires next year, coupled with the Angelos brothers’ fight, only stokes fears of the city losing the Os as it once lost its prized Colts. While the Angelos family surely wants to avoid its name becoming a city curse word like that of the late Robert Irsay, who spirited the NFL team away in 1984, Louis Angelos raised just such a specter in the lawsuit. He invoked previous rumors that the Orioles might move to Nashville by saying that should his brother take full control of the team, he could move it there, where he makes his home with his country music singer-songwriter wife.

“For those Baltimoreans who are a bit paranoid about the future of the Orioles in Baltimore, perhaps there is a reason to be paranoid,” Nevins said.

There are local efforts in Nashville, Tennessee’s largest city, to attract an MLB expansion team, but an aide to Mayor John Cooper said there are no current conversations between the Nashville mayor’s office and any member of the Angelos family.

And it should be noted other rumors of impending abandonment have failed to materialize. The inferences in the Angelos lawsuit may well never go further than a point in a legal document. The suit presents Louis Angelos’ version of events; neither John Angelos nor attorneys for him and his mother responded to requests for comments.

It’s also significant that while a threat of leaving town can be a bargaining chip, only once in the last 50 years has a Major League Baseball team relocated, when the Montreal Expos moved to Washington and became the Nationals.

The Orioles currently are barred from leaving Baltimore by a clause in the team’s lease on Oriole Park at Camden Yards. However, the lease with the Maryland Stadium Authority for the state-owned ballpark expires at the end of next year and long-running negotiations have yet to yield an extension.

Meanwhile, any change in team ownership and location requires approval from three-quarters of MLB team owners. The league did not return a call for comment.

Democratic Mayor Brandon Scott said Friday that Baltimore and its gem of a park are too important to the league for the city to be left without a team.

“It would be a travesty for MLB to allow [the] city that really changed the game — the ballpark that changed America — to not have a team,” he said.

He said believes John Angelos’ previous assurances that he has no interest in moving the team.

Others, though, worry not just about the Angelos family turmoil, but longer-ranging trends of the bottom-scraping team. Despite the recent emergence of highly touted prospects this spring, the Orioles have not had a winning season since 2016, nor been to the World Series since 1983 — a decade before Peter Angelos bought the team.

“When you look at the Orioles attendance and revenues, if for no other reason than that, you have to be concerned about their long-term viability in general,” said Bob Embry, president of the nonprofit Abell Foundation, which researches and funds social and economic improvements to the city.

Indeed, the Orioles were the only major league team to lose value last year, according to Forbes. The business magazine values the team at $1.37 billion.

Its average attendance so far this year ranks in the bottom third of baseball’s 30 teams, according to ESPN.

Embry said questions arose at a meeting of the Greater Baltimore Committee, the civic leadership group, during a presentation about the Maryland General Assembly’s approval of up to $600 million in improvements to Camden Yards.

“‘Why spend that money if the Orioles might not be here?’” Embry said members asked stadium authority Chairman Tom Kelso.

The money is contingent on the Orioles signing a long-term lease. The $600 million should provide a financial incentive for the Orioles, whoever might own them, to stay put.

“It certainly sweetens the pot,” said Nellie Drew, a University of Buffalo sports law professor. Such substantial public investment may be hard for a new owner to find elsewhere, Drew said.

The Maryland Stadium Authority said in a statement late Friday that, “with the success of recent legislation, MSA looks forward to continuing our work with the Baltimore Orioles on our shared long-term vision for the beloved ballpark,” including increasing its economic benefit to the state.

Drew noted that a non-relocation clause like the one in the Orioles current lease would decrease the team’s market value, she said.

“Any team is worth more if it’s mobile,” Drew said.

While Peter Angelos has been at odds with MLB at times, the league may be reluctant to approve a relocation.

“Major League Baseball has a long, storied history in Baltimore and they don’t like watching their teams get up and move,” Drew said.

Politicians in Annapolis treated news of the brothers’ feud and questions about public financing for improvements to Camden Yards like a third rail.

Republican Gov. Larry Hogan’s office did not return multiple requests for comment Friday about whether he has concerns about approving the money for the team. Democratic Comptroller Peter Franchot’s spokeswoman, Susan O’Brien, declined to comment about potential concerns over the stadium spending, saying those decisions would be made at a later time. And Democratic state Treasurer Dereck Davis, who also would consider such spending in his role on the Board of Public Works (along with the governor and comptroller) did not return requests for comment.

Nor did Democratic state Senate President Bill Ferguson of Baltimore, or Democratic House Speaker Adrienne A. Jones of Baltimore County, whose chambers passed the bond authorization this year with broad bipartisan support.

While the lawsuit filed Thursday shocked many, given how privately the family has tended to operate, there have been other similar squabbles. On the same day, Los Angeles Chargers owner Dean Spanos was sued by his sister for, among other things, “breach of fiduciary responsibility,” the same allegation Louis Angelos is making.

Even without a sale or move, the local lawsuit dredges up the uncomfortable subject of Peter Angelos transitioning from his role as one of Baltimore’s most influential figures. Now 92, he has been in failing health for about five years, during which his wife and sons took more authority over his holdings. He suffered an aortic valve failure that was successfully repaired surgically, but his mental abilities began deteriorating, and by the summer of 2018, his legal career was over, the lawsuit said.

There’s also a delicate issue of timing: If the family were to sell the team now, the sale would be subject to significant capital gains taxes. Those taxes, likely amounting to hundreds of millions of dollars, would not apply to a sale after Peter Angelos’ death.

While he has been a polarizing figure — it is a local sport of its own to complain that he didn’t spend enough to field a winning team — many remain grateful for his rescue of the Orioles from out-of-town ownership in 1993, as well as his past generosity to schools, hospitals and other local institutions.

The spectacle of his family engaged in a pitched legal battle saddens more than a few in town.

“Nobody should take any joy in seeing a family coming apart so publicly,” said John Maroon, a former public relations director for the Orioles and before that the Cleveland MLB team.

Maroon, who now runs his own communications firm, said the coming weeks and months will be critical for “the future of baseball in our town.

“Ultimately, what all Orioles fans want is stability, success and a promise that the team will remain in Baltimore,” he said.

The stadium authority said in its statement that it respected the family and “offers our support as they work through these issues.”

Jim Palmer, the renowned Orioles pitcher and now a color commentator for the Orioles-owned Mid-Atlantic Sports Network, is among those who want to see the legal battle settled.

“When Peter bought the club, he said the Orioles are a statewide treasure,” Palmer said, and this doesn’t change that.

“All I care about is this gets resolved,” he said.

Nevins said Baltimore cannot lose the Orioles, and hopes “a long-term, ironclad” lease will keep the team in town.

“A city has certain institutions that define it,” he said, “and the Orioles are one of them.”

Before this comical kid was singing around the globe, stringin’ up originals on his guitar…