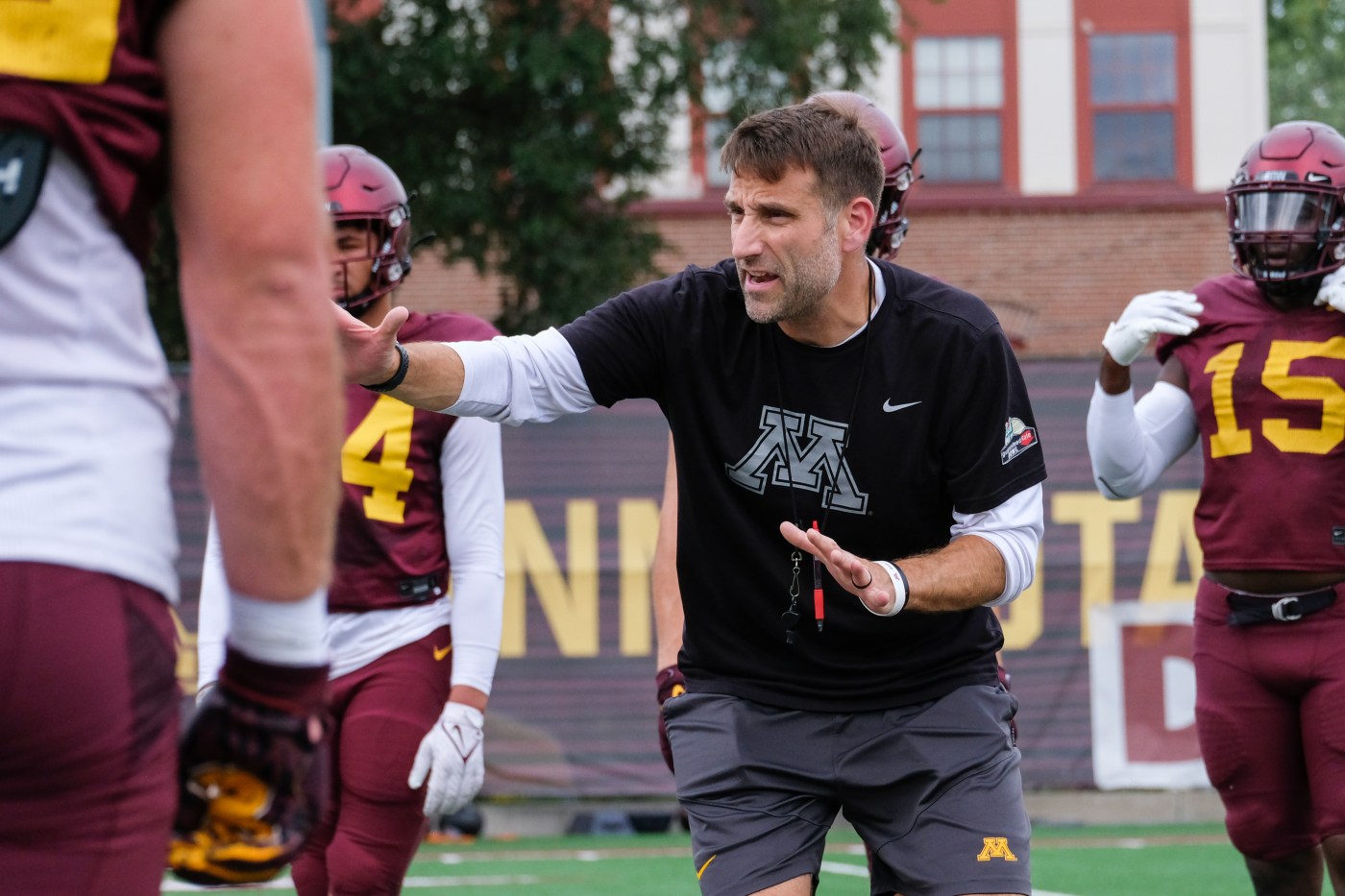 Joe Rossi isn’t the type of coach to bring up statistics when speaking to media members. The Gophers defensive coordinator is more likely to describe how and why his unit played the way it did, instead of dropping specific numbers.

Leading up to the 2022 season opener against New Mexico State at 8 p.m. Thursday, Rossi did bring up one number, though. “We were No. 1 in the country in the least amount of explosive plays given up” during the 2021 season, he said Friday as a smile crossed his face.

Of all the outstanding numbers the Gophers’ defense posted last season, that stat might be his favorite because it impacts the most-important number of all: points allowed.

The Gophers gave up only 35 plays of 20-plus yards in 13 games last season. Yes, that was tops in the country alongside Washington. Rossi calls that stat the primary indictor for points allowed, and the correlation is the U gave up 17.3 points per game, which was sixth in the country a year ago.

The X factor is expected to be Michael “Flip” Dixon, who at 6-foot-2 and 210 pounds has been billed a hybrid between a nickle back and a strong-side linebacker. His versatility can allow Minnesota to be in a pass-centric defense wile still being strong against the run.

Dixon was kept out of the spring game so as not to reveal what he might be capable of this year.  “He will do a lot of different things for us and be a lot of different places depending on the package,” Rossi said. “It’s awesome to able to have that.”

A standout secondary might give Rossi the opportunity to play more man coverage and blitz more regularly.

“Now it opens up other things,” Rossi said. “… If we can cover in the back end and do some things really well back there and really live and die in man coverage, then that allows us to do some things up front. But the reality is we are always going to be a mixed team (also playing zone coverage). That’s just who we are. We are not going to be one thing or the other. We are always going to try to have the ability to blend things because we feel like that gives offenses the most challenges.”

The Gophers lost their top tackler from 2021, linebacker Jack Gibbens, but return their second-leading tackler, fellow linebacker Mariano Sori-Marin. Braelen Oliver improved as the 2021 season progressed and feels more confident after a devastating leg injury in spring 2020. Cody Lindenberg has also had a strong training camp.

The defensive line is the biggest unknown. The loss of rush end Boye Mafe, a second-round draft pick of the Seattle Seahawks, is the biggest absence. But it’s not just the freak edge rush. Six of the top eight linemen, per 2021 snap counts, have left.

Thomas Rush had 5 1/2 sacks to Mafe’s team-high seven last season, and the fifth-year converted linebacker has been working on his pass rush skills. Jalen Logan-Redding was working a lot with the first team in preseason camp as the program also must replace Esezi Otomewo, a sixth-round pick of the Vikings.

On the inside, defensive tackle Kyler Baugh, a transfer from Houston Baptist, received a lot of first-team reps with Micah Dew-Treadway and Nyles Pinckney departed.

“We are deeper on the D-line than we’ve ever been,” head coach P.J. Fleck said after the first open practice Aug. 6. “Instead of having eight guys, we might have 11 guys (to rotate in). It’s going to be hard to say this is just the starters. … We are going to have a lot of guys that start.”

Rossi took over the Gophers defense in an interim basis midway through the 2018 season with the goal of making it better than he found it. He received the full-time job after beating Wisconsin that November.

It’s about more than just limiting explosive plays, but the U knows it’s what have you done for fans lately.