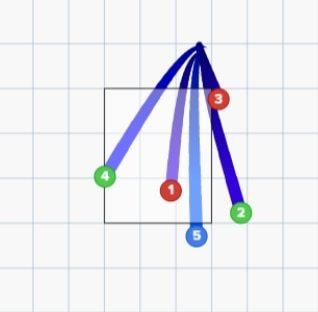 As it turns out, Yu Darvish and Eric Hosmer can still win you a ball game.

The Padres’ duo — one on the pitcher’s mound, the other manning first base and hitting an impactful early home run — joined forces to give San Diego a 4-1 win over the Mets on Friday night.

Darvish, whose best years in Major League Baseball came all the way back in 2012 and 2013, pitched like a man who just enjoyed several days off. Making his first start after the All-Star break, Darvish carved through the Mets’ lineup for seven innings, giving up four hits and one run.

The Japanese pitcher has always been known for his wide array of pitches. One pitch might be a 90 mile per hour sinker darting at a hitter’s shoetops, the next a curveball that seems like it takes two minutes to reach the batter’s box. On this night in Flushing, the Mets were befuddled by each one of Darvish’s offerings. Swing after swing came up empty as Darvish kept the ball off the Mets’ barrels, and often missed their bats completely. It was a vintage performance from the 35-year-old, and Darvish wasn’t the only Padre who conjured up some old magic.

Mets fans will never be able to forget Hosmer. His beard, his smirk, his defiant demeanor that often reads as arrogance. Hosmer was the one who scampered home from third base in the ninth inning of Game 5 of the 2015 World Series, daring Met first baseman Lucas Duda to throw him out. Duda’s throw, famously, sailed wide. Hosmer and the Royals, famously, won that game in extra innings, denying the Mets a chance at a title.

Friday’s regular season game pales in comparison to that October night seven years ago, but the crowded seats at Citi Field surely shared some memories of Hosmer tormenting them while wearing royal blue. Now donning the Padres’ brown and gold, Hosmer teed off on a Max Scherzer heater in the fourth inning, plopping it over the left-center field wall for a two-run homer.

Hosmer had six RBI in that 2015 World Series, but his two on Friday would have been enough on their own to beat the Mets, who looked to still be on vacation. With two more hits off Scherzer (he also had a ringing double in the second inning), Hosmer is now 17-for-55 (.309) in his career against the future Hall of Famer.

Scherzer was by no means bad on Friday night. In fact, he was in control for pretty much the entire evening, save for the middle-away fastball that Hosmer destroyed. He ended his start with eight strikeouts and 15 whiffs on his 93 pitches. Darvish, meanwhile, punched out nine and at one point set down ten batters in a row.

The Mets’ chances at a comeback were made much harder once their bullpen got involved. Joely Rodriguez, to his credit, should have begun his night with a strikeout. Entering for Scherzer in the seventh inning, he dotted a beautiful 1-2 slider on the outside corner to Trent Grisham. Home plate umpire James Hoye didn’t appreciate its beauty as much as Rodriguez, and he called it a ball. On the very next pitch, Grisham made the score 3-0 with a solo home run.

That was emblematic of the Mets’ entire night. San Diego tacked on another run later in the seventh on a chaotic, throw-the-ball-around-the-infield play. When the Mets finally got to Darvish for a run in the bottom half of the frame, it was too little, too late. They fought to get the tying run to the plate in the ninth, in the form of pinch hitter Mark Canha, but he rolled out to shortstop.

On top of that, Tomas Nido left the game with a left hand contusion. Already without starting catcher James McCann, the Mets need another backstop injury like they need a hole in the head. The X-rays on Nido’s hand came back negative, but having to pull him mid-game is certainly less than ideal.

Now, for the good news, at least if you’re into baseball history. Scherzer passed Curt Schilling and Bob Gibson on the career strikeout list, moving into sole possession of 15th place. Next on the list is Scherzer’s former teammate Justin Verlander, who is only three ahead of him now. With both righties still going strong, their positioning on the all-time leaderboard will be a fun individual subplot for the rest of the season.

Friday night was decidedly not fun for the Mets, though, who have two more games against this tough San Diego team, which had injured icon Fernando Tatis Jr. cheering them on from the dugout.

The Mets won’t have to see Darvish again, and they won’t have to worry about Tatis unless they see the Friars in the playoffs, but they might want to spend more time game planning for Hosmer.