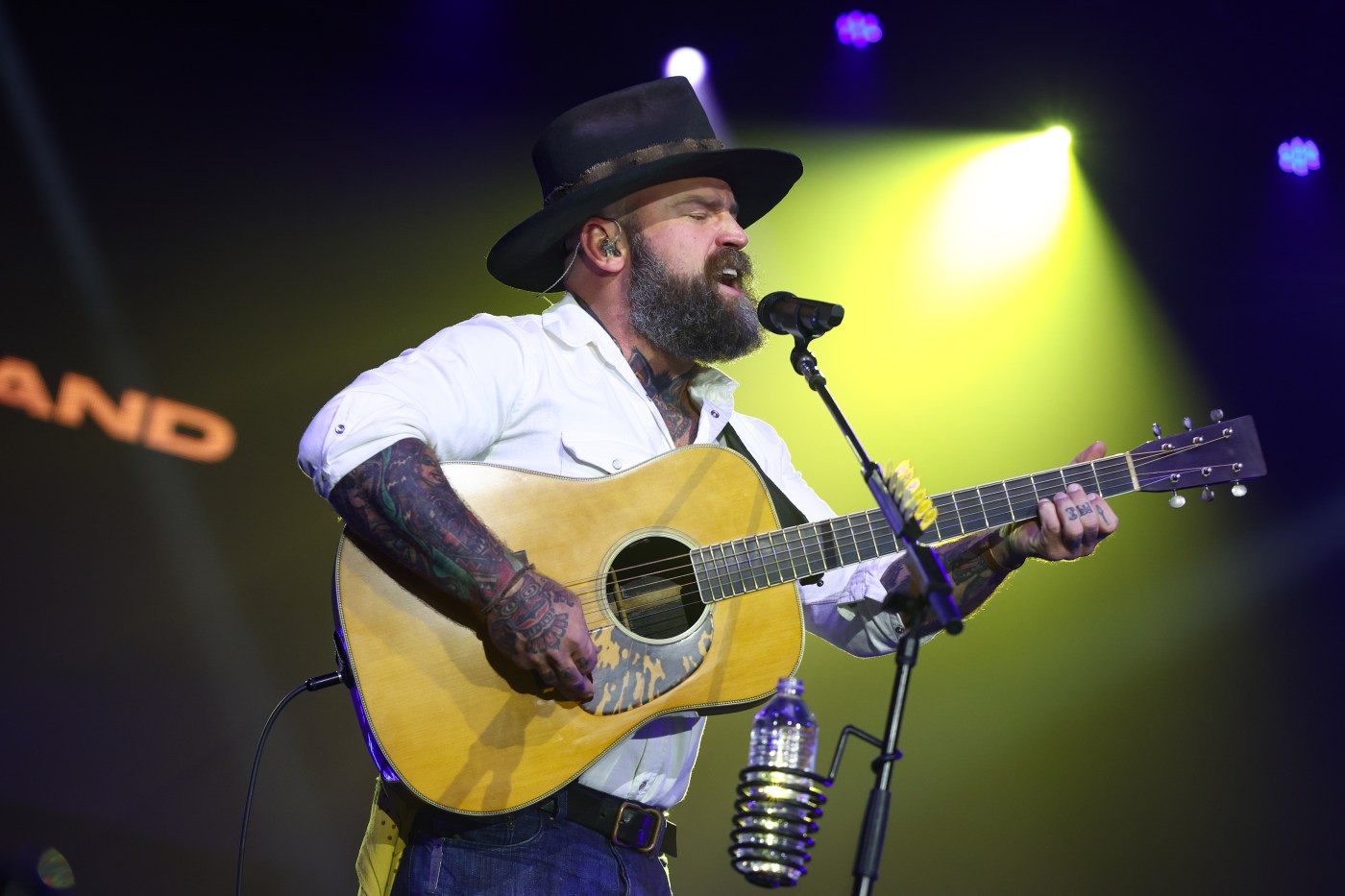 It wasn’t quite perfect weather — although a breeze helped sweep away the day’s humidity — but Zac Brown Band proved to be the perfect band to play the Minnesota State Fair.

Brown, 44, began his career singing country and pop covers in bars and learned plenty about how to keep an audience entertained in the process. As always, the group’s show Friday offered a little something for everybody, with a smart mix of covers and Zac Brown Band originals, many of which sound familiar the first time you hear them. It’s tough not to fall for Brown’s laid-back charm.

After a rousing, soulful set from Robert Randolph and the Family Band, Brown strolled on stage in front of 13,185 blissful fans and offered up two of ZBB’s numerous chart-toppers, “Keep Me in Mind” and “Toes.” He followed with the first cover of the night, Kings of Leon’s “Use Somebody,” which sounded better than the original.

From there, Brown and company performed what sounded like a ’70s Top 40 radio station, from the soft rock of “Loving You Easy” to the calypso soul of “Jump Right In” to their always-epic take on the Charlie Daniels Band’s “The Devil Went Down to Georgia.”

While Brown has remained a must-see live act, he took some stylistic detours into dance and electronic music in the late ’10s that country radio ignored. His seventh album, “The Comeback,” returned to the sound that made him famous. Friday night, he played the record’s pair of singles, “Same Boat” and “Out in the Middle,” a darker number with some Lindsey Buckingham-esque guitar.

Speaking of Buckingham, Brown introduced the newest member of the band, singer/songwriter Caroline Jones, and let her handle a stunning cover of Fleetwood Mac’s “Big Love” that stripped away the slick production and injected it with Southern rock/gospel drama. Great stuff.

Jones’ own sassy number “Come In (But Don’t Make Yourself Comfortable)” also made it into a medley with some pretty big hitters: Alabama’s “Dixieland Delight,” Randy Travis’ “Forever and Ever, Amen” and Dolly Parton’s “9 to 5.” Turns out the Zac Brown Band really benefits from the presence of a strong woman on stage with all the burly, bearded dudes.

Skipping an encore, Brown wrapped with the Eagles’ “Take it to the Limit,” Queen’s “Bohemian Rhapsody” and the band’s own “Chicken Fried” and “Homegrown.” Really, the only complaint is the 90 minute running time felt like a party that ended too soon.